What condition do Neil Diamond and Billy Connolly share?

If you guessed Parkinson’s Disease, you’re right. The list of high profile identities with Parkinson’s Disease (PD) is long, however you may also know somebody personally who is living with this condition. PD has an estimated prevalence of 0.85% in the Australian population (Australian Journal of General Practice (2021) but many of us don’t really understand what this diagnosis entails beyond the tell-tale tremors, nor is it widely understood that exercise can play an important role in managing this disease.

So, what is Parkinson’s Disease?

Parkinson’s Disease is a common, complex, progressive neurological condition that comes with a multitude of motor and non-motor problems. Motor challenges for individuals with PD can include a resting tremor, rigidity and stiffness of the trunk and limbs, bradykinesia or slowness of movement, as well as balance problems and falls. Those with PD can also experience cognitive challenges including memory difficulties, personality changes and changes in the ability to think and reason. PD can affect the gastrointestinal system and autonomic nervous system, leading to changes in gut health, sleep and mood (Parkinson’s Australia Inc., 2014). Recognising these signs and symptoms can aid early diagnosis and slow disease progression.

What’s dopamine got to do with it?

Dopamine is often referenced as the chemical in our brain that makes us feel good. However, dopamine also plays in a role in the complex pathways of the brain which allow us to perform movement. You can think of dopamine like a wi-fi signal that enables movement. Dopamine is normally produced in the substantia nigra in our midbrain. In the case of PD, the brain cells located in the substantia nigra start to degenerate, leading to a gradual deficit of dopamine. This in turn weakens dopamine’s ability to act as that wi-fi signal for movement, and furthermore affects movement tasks as simple as walking or getting out of a chair. For this reason, medications for PD usually aim to artificially boost the supply of dopamine.

People that have been diagnosed with PD have usually spoken to their GP, and discussed medical interventions with a neurologist. However, exercise also has a crucial role in the management of PD. Those with PD are advised to target aerobic fitness, strength, balance, and flexibility, according to the The American College of Sports Medicine – view their specific exercise guidelines here.

In Australia, group based exercise programs are available for individuals with Parkinson’s including innovative options such as  Dance for Parkinson’s which offers classes with the Queensland Ballet right here in Brisbane. Even Ali, or the ‘balletic boxer’ as he has been called, loved ‘a lot foot work, a lot of dancing‘ while in the ring! Think of Ali’s claim to ‘float like a butterfly’ and we can see how footwork and balance were so important to his success. And while we can’t confirm that Ali danced after his PD diagnosis, he did became a huge contributor to early research in the field. It was due to his heavy investment into PD studies that it is now widely accepted that regular exercise, particularly when begun early after diagnosis, can reduce symptoms and greatly increase a patient’s quality of life.

How can UQ Healthy Living support clients with PD?

UQ Healthy Living is interested in making a difference for those living with Parkinson’s Disease. We encourage clients to reimagine what is possible and what movement might look like for them. Our allied health team acknowledges that each person has their own unique challenges and we take a tailored approach to treatment. Please get in touch with us to discuss a 1:1 consultation. 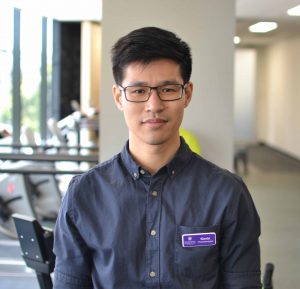 0
Was this article interesting/ helpful?